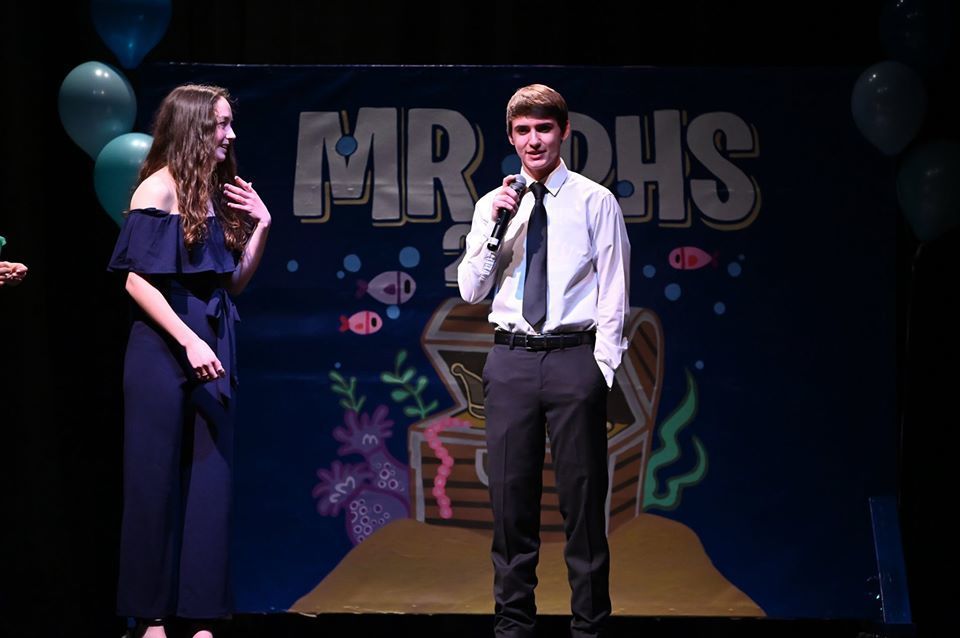 On February 29, 2020, twelve young men took the stage at Pecatonica High School to compete for the title of Mr. PHS. Co-chaired by Key Club members Emma Gocken and McKenna Handy, the third-annual Mr. PHS pageant raised over $4000 in support of The Ocean Cleanup and the Key Club. McKenna Handy and Kelton Gann, the 2019 Mr. PHS, emceed the event. Throughout the night, five judges and audience members were treated to a grand march, a choreographed dance, a dash for cash, and a lot of smiles and laughter. The twelve contestants began fundraising the week before the event, and on the night of the pageant competed in the categories of formal wear, outfit of choice, talent, and question. At the end of the night, awards were given and the top two contestants were announced, leading to the crowning of senior Kolton Mathieu as the 2020 Mr. PHS.

The Mr. PHS Co-chairs and Advisor Michelle Johnson wish to thank all the contestants, escorts, parents, judges, audience members, behind-the-scenes workers, and businesses who helped make this event such a success. A special thank you also goes out to Marde Gann for photographing the event. More photos and a video of the event can be found on the Pecatonica Fans Club Facebook page. 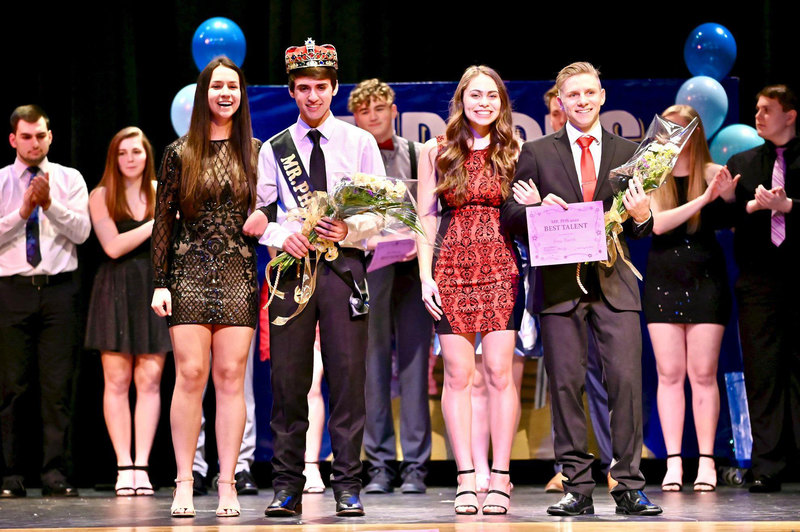