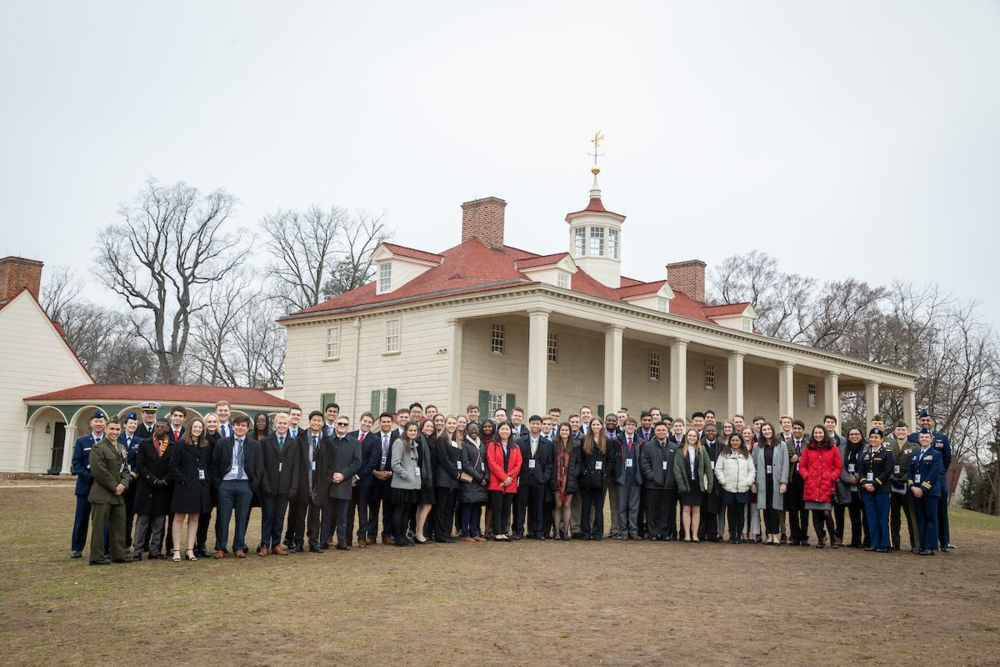 Another exciting day Update, March 6, 2019 (I am not sure the exact order of these events)

Tyler met the Secretary of Housing and Urban Development Ben Carson. who gave a speech.  He says was very funny (even the parts where he was talking about his medical career)

Tyler took a tour of the major monuments of DC (Vietnam memorial, WWII , Washington Monument, Lincoln Monument).  He visited the US foreign Policy Institute where the delegates were faced with a simulation on solving an international water crisis. They played the roles of delegates from various nations, NGO's etc. They had to write and present proposals, be convincing and evaluate policy proposals.  Below is a picture of the back of Tyler's head in that debate. Then they lunched with Secretary of State Pompeo. 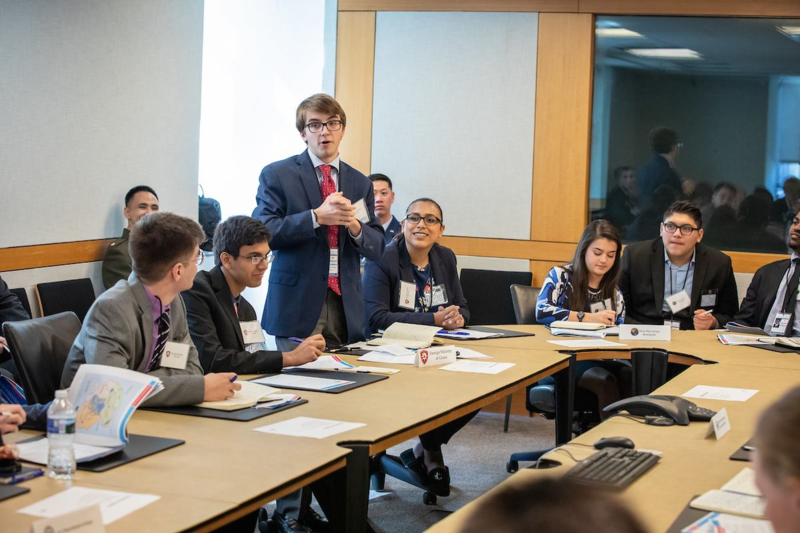 Then onto the National Archives where they met with the head archivist (Tyler says he looked and there is officially no visible map on the back side of the declaration). Dinner was in the rotunda of the National Archives (are you kidding me Tyler??? ) with Senator Richard Blumenthal (co chair of the program ) as their speaker. Tyler got to dine with the directors of the program and Sen. Blumenthal answered Tyler's question about the college affordability crisis. (Spoiler - he told the kids to be aware the Government has a perverse incentive on college costs as they make money off student loans

. Also, apparently something was up on the hill last night as the Sen aides didn't make dinner because they were in some negotiations. 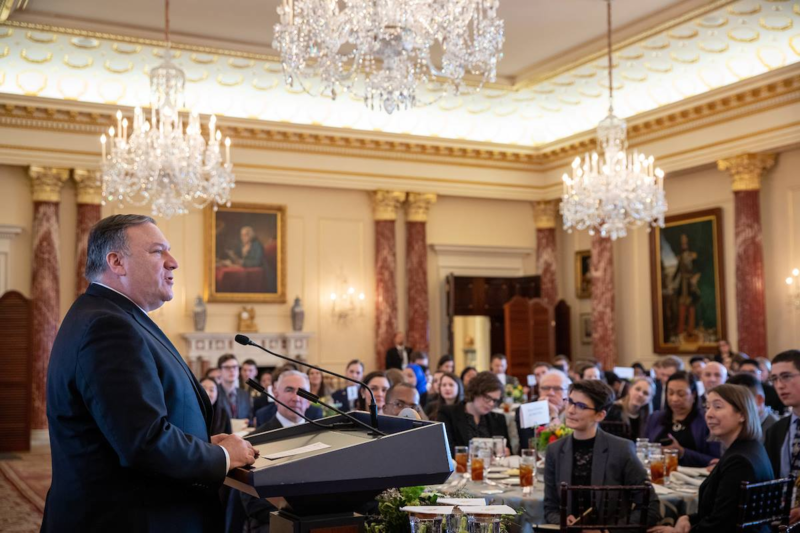 Tyler Arrived in DC on Saturday, March 2, 2019 and met his small group who is supervised in DC by two military officers. One is Navy and the other Army. The Army officer is actually a Guilford grad.

Sunday -  they visited Mt. Vernon where he heard a lecture from the director of the order of Cincinnati (Descendants of officers of the Continental Army - their mission is to promote ideals of the founders and the responsibilities of modern citizenship, named after Cinncinatus an early Roman ruler who Washington considered the model of civic virtue.)

They also enjoyed a visit to the Newseum, which is an awe inspiring museum dedicated to the role of the media, including an awesome wall of Pulitzer Prize winning photos.

Monday - They started the day with a speech and Q and A with Henry Roberts of the 10th circuit Court of Appeals, followed up by a session in the Kennedy Caucus Room (pretty much the site of all the best moments of historical compromises) with the senate parliamentarian and secretary of the Senate. He eaves dropped on a Fox interview with a Senator. Getting to see what happens beyond the tape was interesting and probably not what the directors of this program intended. 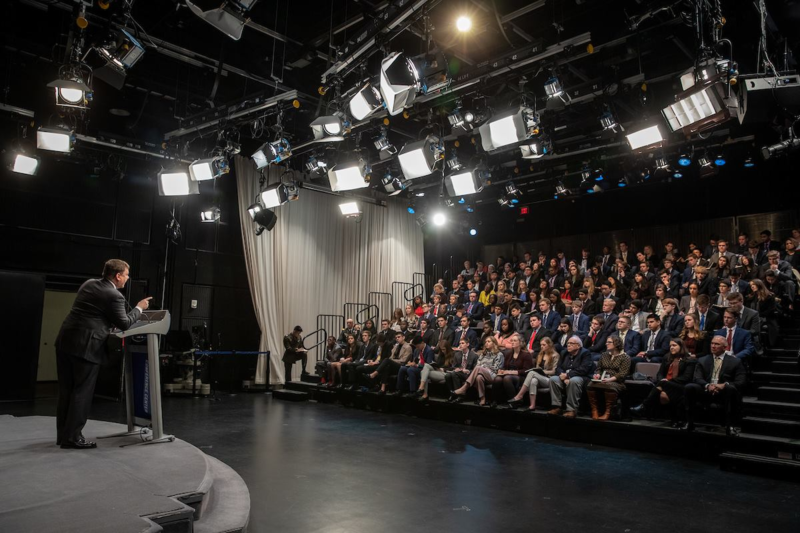 That was followed by a session with the Senate Historian giving a detailed account of the work behind the scenes on the passage of the '64 civil rights act. Another session was with Chief Justice John Roberts who took tons of questions from the students.

Dinner was with Senator Joni Ernst (She does not share his political beliefs, I was very excited that he got to see her as a person and see how the media/opposition turn these people into caricatures of themselves...And he found common ground with her on the role of sustainable energy)